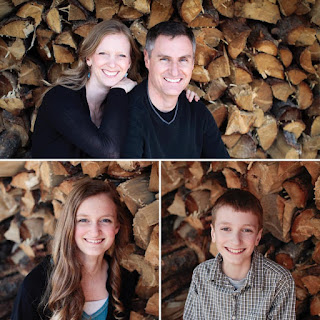 We just got home from Anchorage, Alaska.
We flew out on Friday morning and got home last night.
I wish I could say we went for fun but ...

On Wednesday the 7th, the kids got home from Awana, when Landon came into the kitchen and said that Scott was missing.  Steve was on the phone with Kneil Novak, who was telling him about Scott, Kaitlyn (14), and Zach (13), who were flying from Port Alsworth to Anchorage.  They had left at 10:30am.  When Kneil called, it was 6pm Anchorage time and they had not yet arrived.  Search parties had gone out, with hopes of finding them.

By the 8th, it was assumed that their plane had crashed in the Lake Clark area.
Port Alsworth is a bush village of only 200 residents, 150 miles southwest of Anchorage.
There are no roads that lead in and out.  Airplanes and boats are the only mode of transportation outside of Port Alsworth.
Josh, who is now 19, has been living in Anchorage, attending University of Alaska.
Sam, who is 17, is a senior in high school.  He was playing in a state volleyball tournament.
Scott, Julie, Kaitlyn, and Zach were flying to watch the game.
The plane Scott flew in could only seat four.
With the two kids and the pilot, there was no rom for Julie who ended up on a commercial plane.

The search found three wheels from the plane, a duffle bag, a propane tank, the passenger seat, and Scott's glove.
Eric Wardell was a part of the search.

Although Steve and I have all but lost contact with Scott and Julie, this news was devastating.
I have been crying for days.
It seems unreal.
It seems impossible that they are all three gone.  Forever.

With the celebration service scheduled for Sunday the 18th in Anchorage, my first thought was to have a simultaneous service here in Colorado.
But Steve felt that he needed to go.  If he was going, so was I.
Thanks to my mom, who had points on her credit card for a plane ticket, we only had to buy one ticket for $630.  Dad gave us another $200 to cover meals.

Having dreamed of going to Alaska for longer than I can remember, it was incredibly difficult to be going in the dead of winter for a funeral.
I'm so glad that we went.  We needed to be there.
It was nice to see so many old friends.
We stayed with the Lemans, had breakfast with the Wardells, and dinner with the Anders.
We got to see Mr. and Mrs. Blom, the Lorenzens, Maggie Feldt, and the Novaks were there too.

Steve wrote his thoughts and reflections on Scott's life.
They were certainly good friends back in the day.
It's not easy to say goodbye! 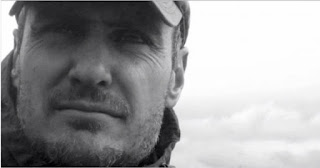 It's been said there are two kinds of people: Takers and Givers. Scott Blom was a giver. And he didn't just give his money or possessions; he gave himself- his time and his heart. And when you were in the company of Scott Blom, the relationship was primary. No doubt he wanted to enjoy whatever the activity was: hunting, fishing, making coffee, smoking a pipe or cigar, taking in a baseball game or joking around, he was all about having fun. But make no mistake relationships were first. His relationship with God, his wife & family, his friends, his ministry, his outdoor surroundings .... he was engaged and living in the moment.
Scott and I met at a Campus Crusade meeting in 1992. Friendships spanning 25 years allow for a lot of memories: bible studies, retreats and conferences, trips to a friend's mountain cabin, Row 20 Seat 10 at the old Mile High stadium for Rockies games, fly fishing near Bozeman, camping near Seattle, being best man at his wedding - and he at mine, ministry at the AFA, ski retreats, conversations over coffee and too many memories to list. All were special and I will cherish each one.
Posted by Unknown at 8:49 PM