I was so incredibly excited this summer when Steve went through tutor training at the CC 3-day practicum to be a sub for foundations.
It's such a gift when men are a part of a community.
I have hoped that he might direct Foundations & Essentials, or even direct a Challenge program.
I think he would be fantastic.

After 7 weeks of coming to CC and hanging with the Littles, he finally got asked to sub.
Yesterday, week 8, was Steve's first time tutoring.

Unfortunately, my excitement was quickly dashed when Steve discovered that he did not enjoy it.

I wish it would have turned into his full-time involvement.
Now I fear he will stop coming all together.
Posted by Unknown at 8:00 PM No comments:

Legoland was by far a highlight for all of us.
It was absolutely incredible!
Star Wars. 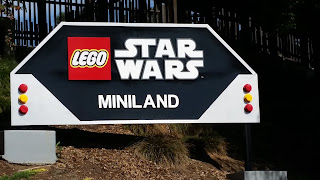 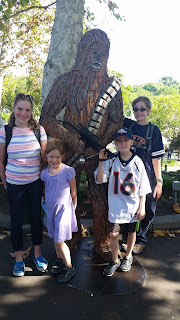 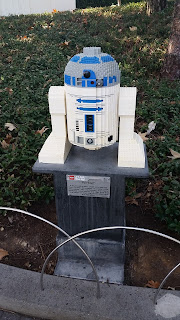 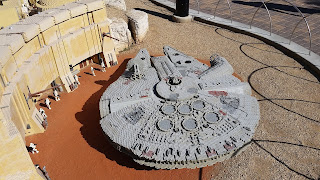 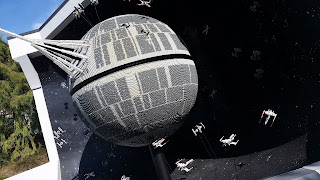 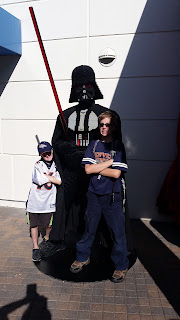 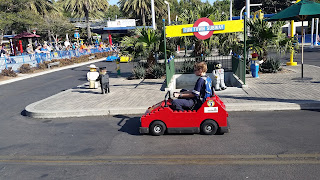 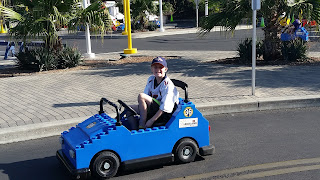 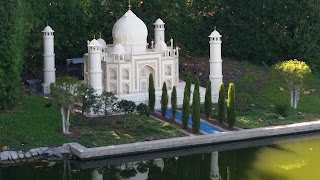 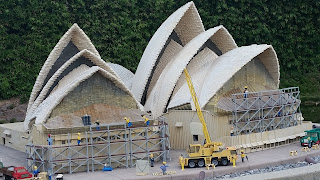 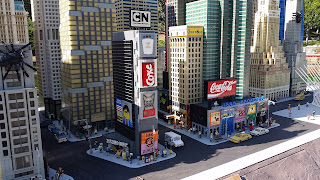 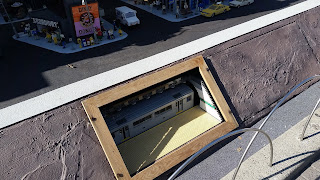 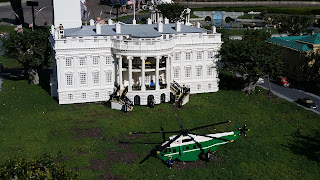 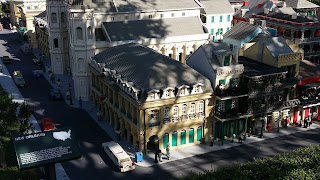 Other highlights were
going to the beach and visiting the Valaseks.
All in all, it was a fun trip.

After a very long summer, filled with 50 weddings ...
with only a handful of days away ...
a long weekend in Steamboat
and a week of camping in Colorado,
I wanted to get away for a week.

My thought had been to go somewhere with my family.
Somewhere we could just hang out and enjoy each other.
Somewhere that we could do something fun.
When I saw the cheap tickets to LA, we were off to California.
I didn't know what we would do when we got there, but I was ok with that.

We ended up buying a City Pass.
That included 3 days at Disney, 1 day at Legoland, and 1 day at Sea World.
It was a lot, but I was excited.

I wish I could say that we had the best time ever at the Happiest Place on Earth!
But we didn't.
Everyone was on edge.
The parks were fun, but the tension was high.
*Sigh*  Live and learn. 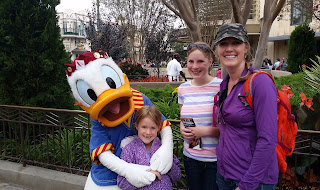 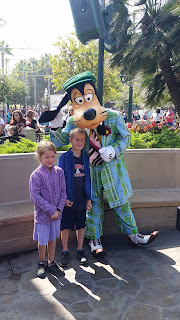 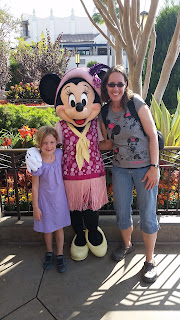 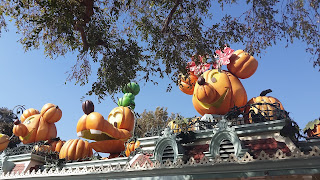 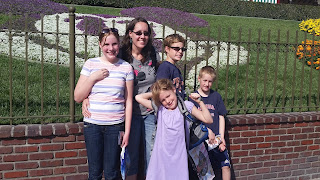 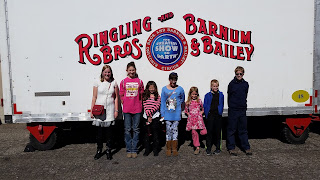 We bumped into the Brimberry's at the Circus.
That was a fun treat!

This is probably the last time we will attend this event.
With all the animal rights activists, it seems that they have had their way.
There were very few animals doing tricks.
In fact, most were farm animals, instead of exotic animals.
I was disappointed.

The motorbikes, tight rope walkers, and trapeze artists were entertaining, but it doesn't compare to what the circus used to be.
I guess we'll stick with Disney on Ice.
Posted by Unknown at 8:34 AM No comments: 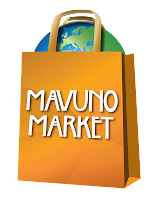 It's hard to believe that Mavuno Market is about to celebrate 6 years!
I remember living in Seattle and pouring my heart into launching this organization.
Oh how it enlivened my soul.
The name.
The logo.
The website.
Filling out paperwork to become a non-profit.
Buying handmade product from all over the world.

This organization tapped into who I am ... and my passion for missions.
In 2011, our first year, we sold $5,551 in product.
That was the year we moved back to Colorado.
I looked forward to having my family close, so they would walk along side us to make this vision a reality.

In 2012, we sold $16.921.
This was the year Shawnie and I went to Rwanda and Tanzania.
It was incredible to meet some of the artisans first hand.
Seeing Mavuno Village increased the vision to sell more and work along side of them.
This was also the year I talked Steve into coming with me to take Mavuno Market on the road!
So, we went to Montana and sold $1,300.

In 2013, we sold $26,419.
It seemed that God was propelling us forward!
Mom and I went to Haiti in April of this year.
The great number of artisans and the organization that Shelly built on her back was an inspiration.
I knew I was coming into who I am and what God had called me to do.
The vision was compelling!

In 2014, we sold $14,370.
This was the year Shawnie and I went to India.
It was difficult to see first hand that an organization was a fake.
What I thought we were supporting, we were not.
But God started shifting the vision away from product sales ...
and toward partnering more significantly with Mavuno Village,
as this is the year that Steve went to Tanzania!
I had hoped and prayed for this for SOOO long!
At last, he was able to experience, first hand, this incredible organization that we had followed since 2008.  I was filled with hope that we would finally move into missions together as a family.

The landscape changed in 2015.
I only sold about $8,000 in product.
In April, we purchased the Evergreen property.
I was filled with hope.
Steve assured me that now we would have more freedom and flexibility to travel.
We could finally go to Tanzania as a family!
My excitement and vision escalated.
We had been asked to assume the role of Donor Relations for Mavuno Village.
This would connect us more closely to the Tanners.
But this was also the year that my family started questioning how much I could handle.
I was repeatedly told that I couldn't do it all.

I guess that the busyness of running Meadows at Marshdale, combined with the negativity of everyone around me ... and the discouraging words telling me to take a step back ... led to the perfect storm.
Steve and I couldn't agree on when to go to Tanzania.
The first set of dates were too close, he said we needed more time to prepare.
So, I picked dates 10 months out!
I got the passports.
I was actively researching vaccinations.
As a Challenge B director, Melissa and I arranged the school calendar to accommodate our trip in December.
The wheels were in motion.
My passion was on fire!

Fast forward ... now it's 2016.
We have only sold about $400 in product so far this year.
I have 6 craft shows on the calendar for November.
The business is all consuming.
Steve's desire to go to Tanzania is nonexistent.
The Donor Relations position has been questioned, as Steve lost his desire to help with it and took up an offense toward Dan Tanner.  Having not been asked to be on their board of directors became personal and took the wind out of Steve's sail.  I have ended up being the one to do the donation processing.

And now, we are not going to Tanzania.
I'm devastated.
It feels like a dream unfulfilled.
My heart is broken.
I've prayed so many years ... and waited until the kids were finally old enough ...
but at the end of it all, Steve does not want to endure the challenges and discomfort that's associated with going.

With the sale of product dropping off the radar,
and the vision of partnering with Mavuno Village disappearing ...
Mavuno Market has no direction.

Our final board meeting was yesterday.
This organization is folding.
The doors are closing.
Much like the trees in winter go dormant and stop growing for a season ...
so will Mavuno Market go dormant.

I haven't been able to reel in the emotions that have unfolded through my utter disappointment.
I never dreamed we would get to this point.
This was not part of the vision.
I don't know how to pick up the pieces.

I have tried to create reasons why to make sense of my disappointment ...
the MV board has not asked us to be a part
the Tanners aren't drawing us in
Steve and I don't agree on vaccinations
It's too expensive ...

... but somehow, all the reasons fall flat.
My heart is broken.
I feel like the lifelong vision God has given me for missions is fading.
I have no doubt that God orchestrated the purchase of M@M.
I simply expected it to propel us into the vision He's given me for missions.
I expected M@M to give us the freedom to run with the vision for Mavuno Market.
I did not expect it to be come either /or.