Now that the Cottage is finished, we have turned our energy toward remodeling the school.
We have been working on laying laminate flooring.

Awhile back, we tore out the ceilings, including the florescent lights.
We had canned lights installed.
We have repainted most of the main room.
Now, it's floors.
We started on January 23rd with a family work day. 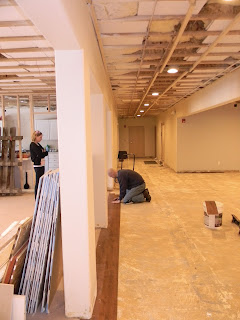 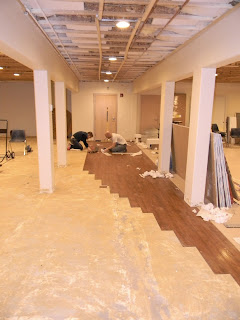 As of today, almost a month later, we've finished just about 1/2 of the main room. 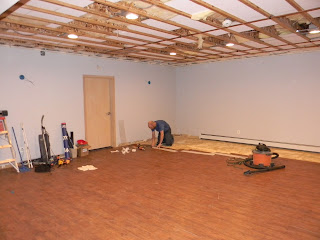 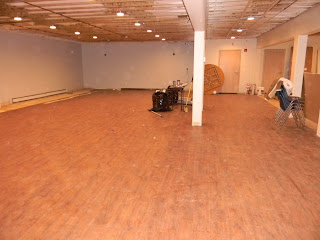 Thankfully, the floors are easy to install.  But the room is HUGE (3,000 sq. ft.), so it's taking forever.
Steve has also turned his energy toward the Den and the Parlor.
We found out that our permit will expire May 31st, so that's our goal.
If we can reach it, we'll be finished just in time for wedding season!

With the bathrooms framed, we need to have the electrician and plumber finish their jobs, then drywall, flooring, paint, and more.
Although this is not a major remodel, there's a lot to be done. 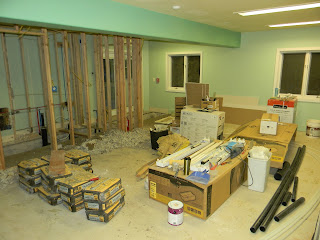 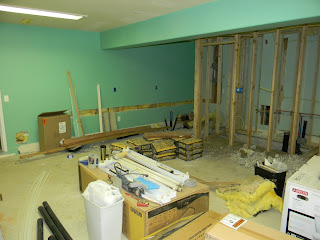 Posted by Unknown at 4:13 PM No comments:

Happy Birthday to me 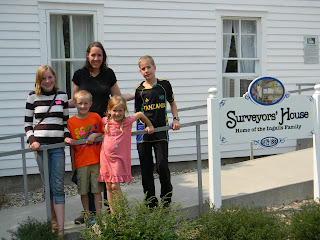 So, I wrote a post on our Facebook wall.
"Is it socially ok to wish yourself a Happy Birthday? When you share a page, only one birthday gets listed.
.... So here's wishing myself (Lisa) a very happy birthday."

Steve took me out for an early birthday dinner at Outback on Friday.
Then yesterday was the Super Bowl.
So, we went to my parents house, where mom made cake and they gave me presents.
It was a good day.

Today, I was home all day, schooling.
Steve ended up working all day.
I made myself french toast with my new ceramic griddle.
Then I made a pot of soup and corn bread for dinner, as I didn't feel like eating bean tostadas again. =)

Note to self: don't feel guilty taking a day off to celebrate you.
It's ok to do something different.
You deserve to be pampered.
Treat yourself right.

Posted by Unknown at 8:12 PM No comments: 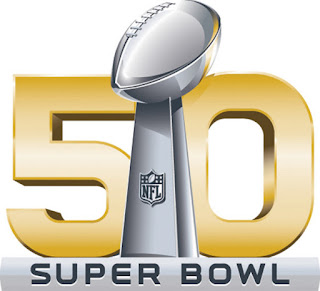 Steve has predicted that the Broncos will lose this game
17 - 34.
But secretly, he's hoping his Broncos win.
He might say Peyton is no good ... but he wants to see him win ... and retire peacefully.

This has been a strange football season for us.
We don't have TV.
Steve doesn't want to pay for TV, and for that I'm thankful.
Most of our married life, we have had much conflict over how much TV we watch.
When we first got married, the TV was on a lot.
Having grown up without TV, I was not used to having it on.
Steve, however, had a dad who watched TV all the time.

Over the years, Steve has scaled back on how much TV he watches.
But this year, we have no TV.
It's strange.
No Sunday afternoon football games.
Instead, Steve watches it on NFL dot com the day after the game.

But today, we are at my parents house.
I couldn't imagine not watching the game.
Watching it with my family is good too, as we can mute the commercials, and turn off the half-time show.  Good food.  Relaxing environment.
Steve is happy.