In India, many women are stuck in a cycle of poverty, corruption, and lack of education.
Often, financial gain is offered only through questionable or illegal avenues which result in personal ruin and the collapse of community.
Traditional skills and crafts are typically neglected, and often lost, because they are not viable enough to provide adequate income and long term sustainability.

At Mavuno Market, we seek out artisans and artisan groups that are seeking to train women in a viable trade that provides an adequate income.  As much as is possible, we also seek out groups where spiritual discipleship is also a piece of the vision.

Tabby's is a small center that aligns with our vision.
12 women.
All widowed HIV victims.
They have found community as they come regularly to receive medical treatment.

Due to social stigmas and misunderstanding of how HIV is transmitted, people in India with HIV are often rejected by their families and communities.  Because of their condition, they have no hope of finding work that will provide enough money for their family.

A missionary family, Tim and Kari Hewett, along with their 4 kids, had a vision to give these women a solution to their plight.
In March 2013, Tabby's was established.

The name Tabby comes from the story in Acts 9, which tells the story of Tabitha, a woman who was full of "good works and acts of charity", became ill and died.  Through prayer, Peter brought her back to life.

Tabby's is not only an HIV treatment center, but is also an artisan training center.
Discipleship is a large piece of the vision.
A daily Bible study challenges these women in their faith. 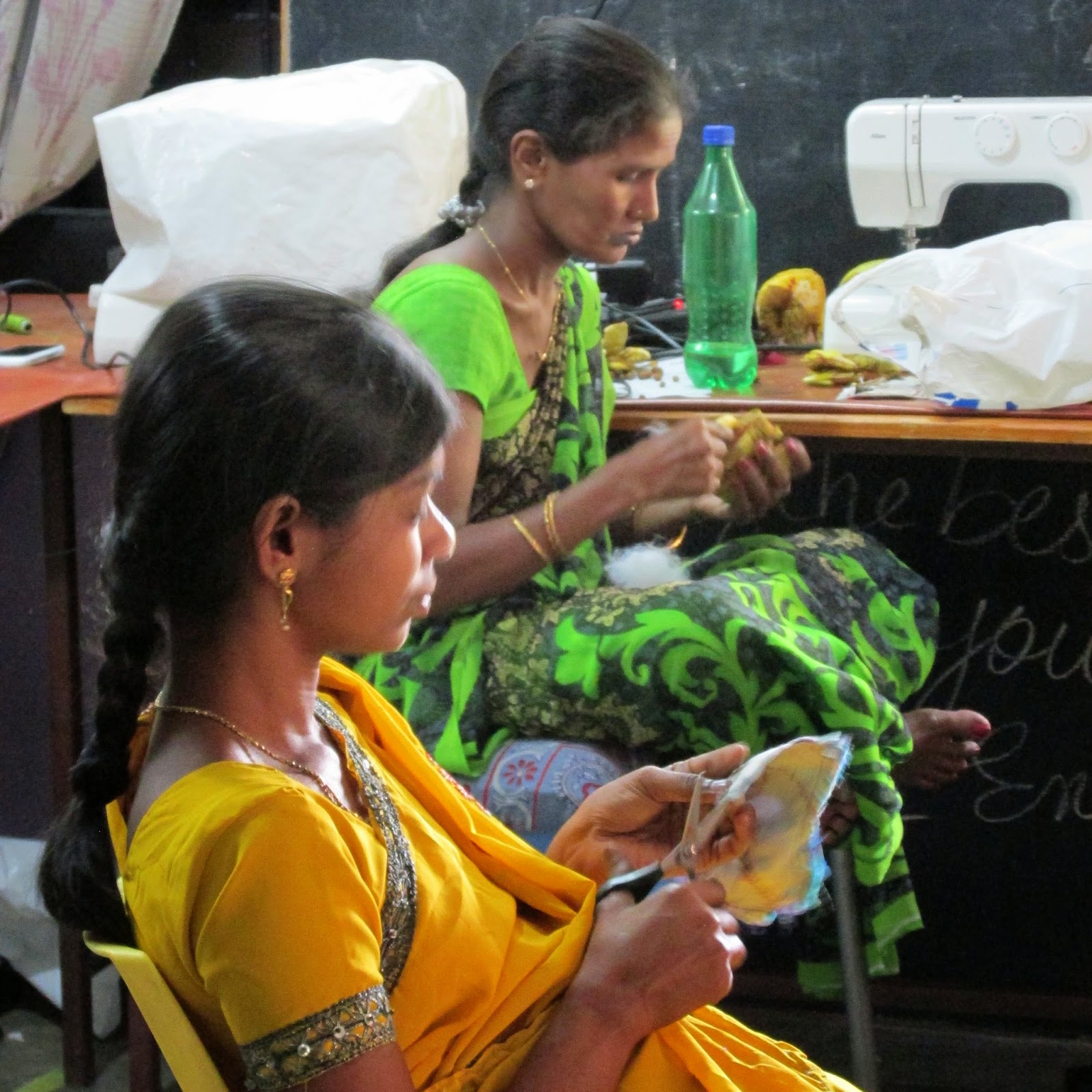 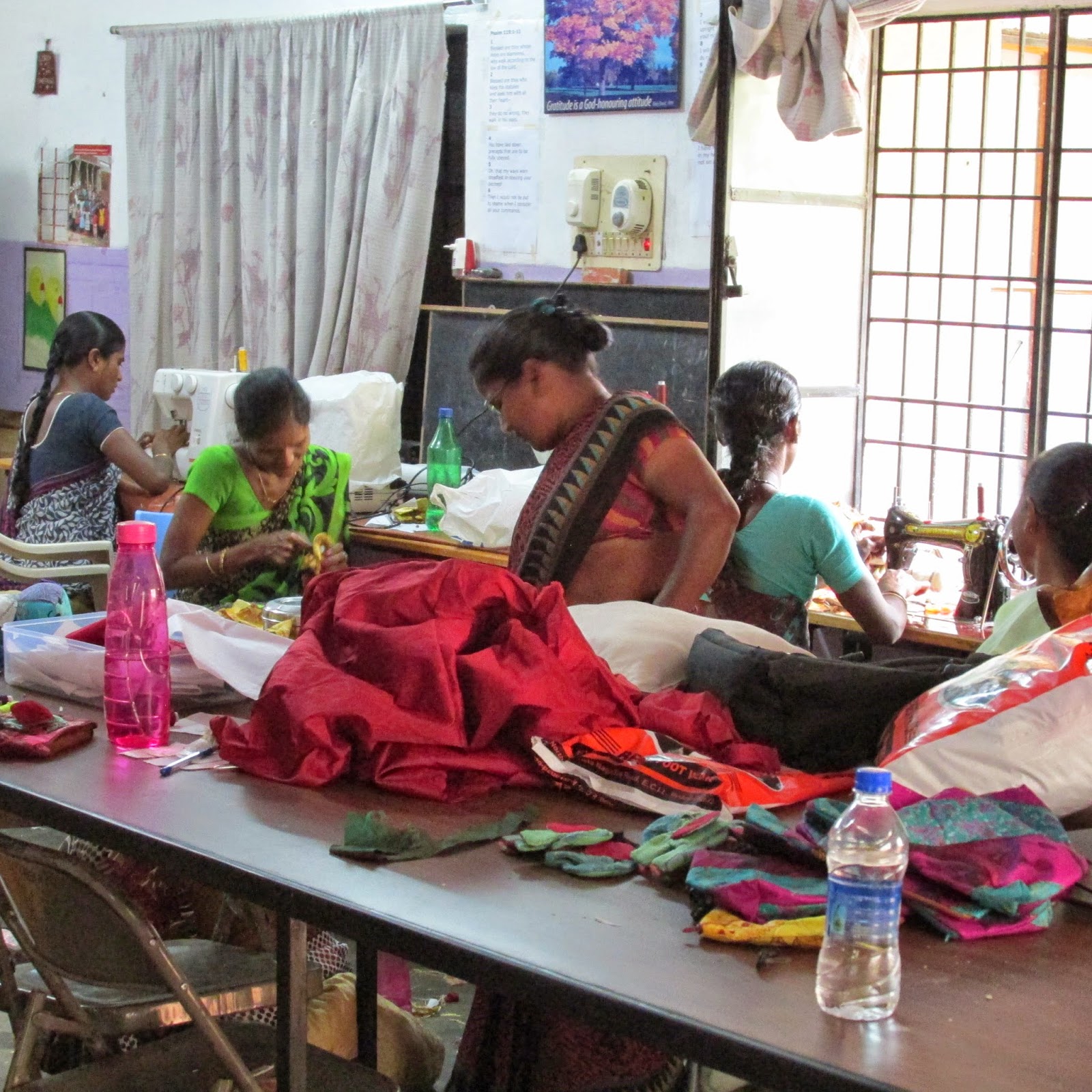 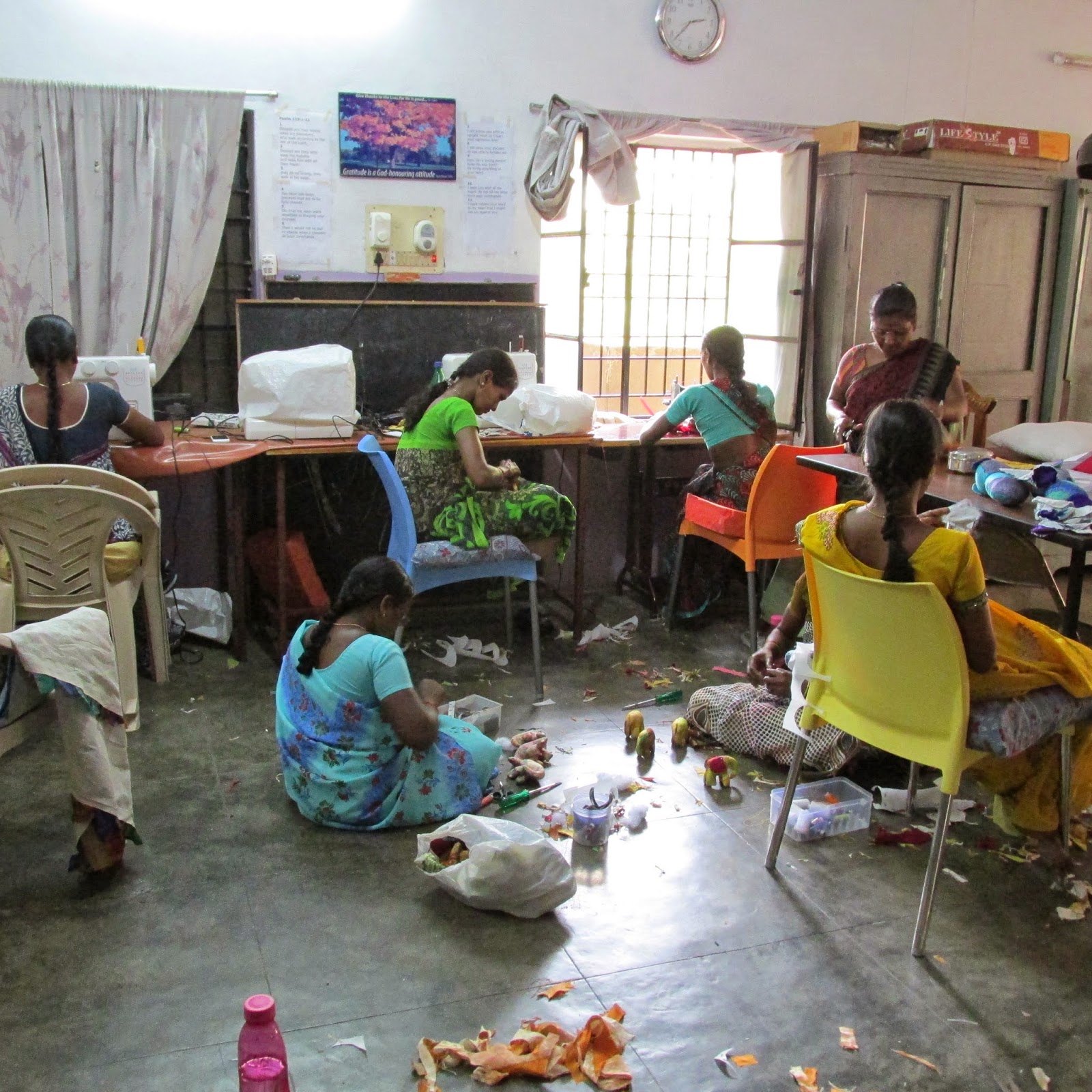 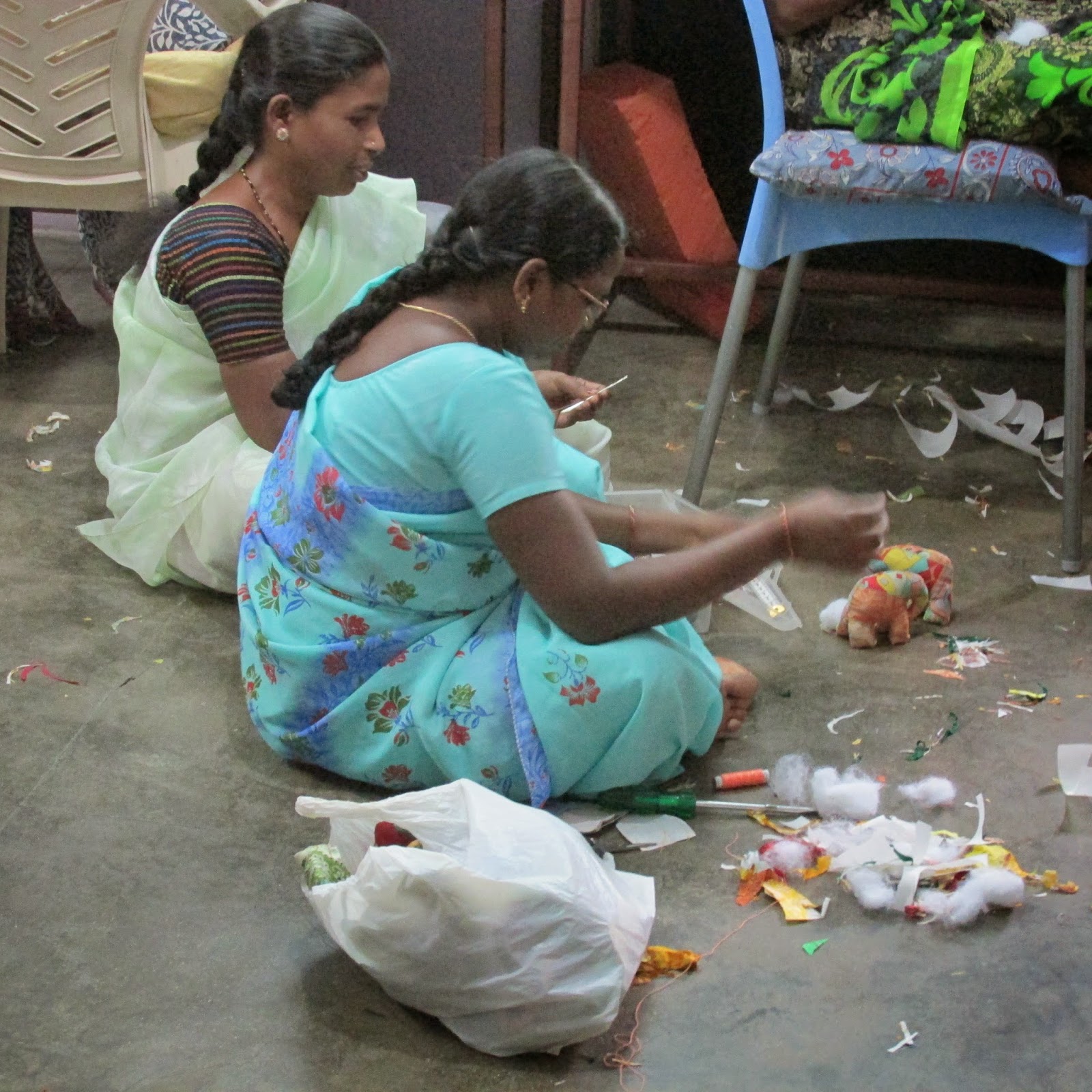 Ruby, who once worked at Lydia, and was trained by Melanie, left to become a trainer at Tabby's.
She has a gift and is a remarkable seamstress.
Now, she has 11 ladies with whom she is working.
In addition to receiving more pay and finding more rewarding work,
Ruby has also found a fellowship of sisters. 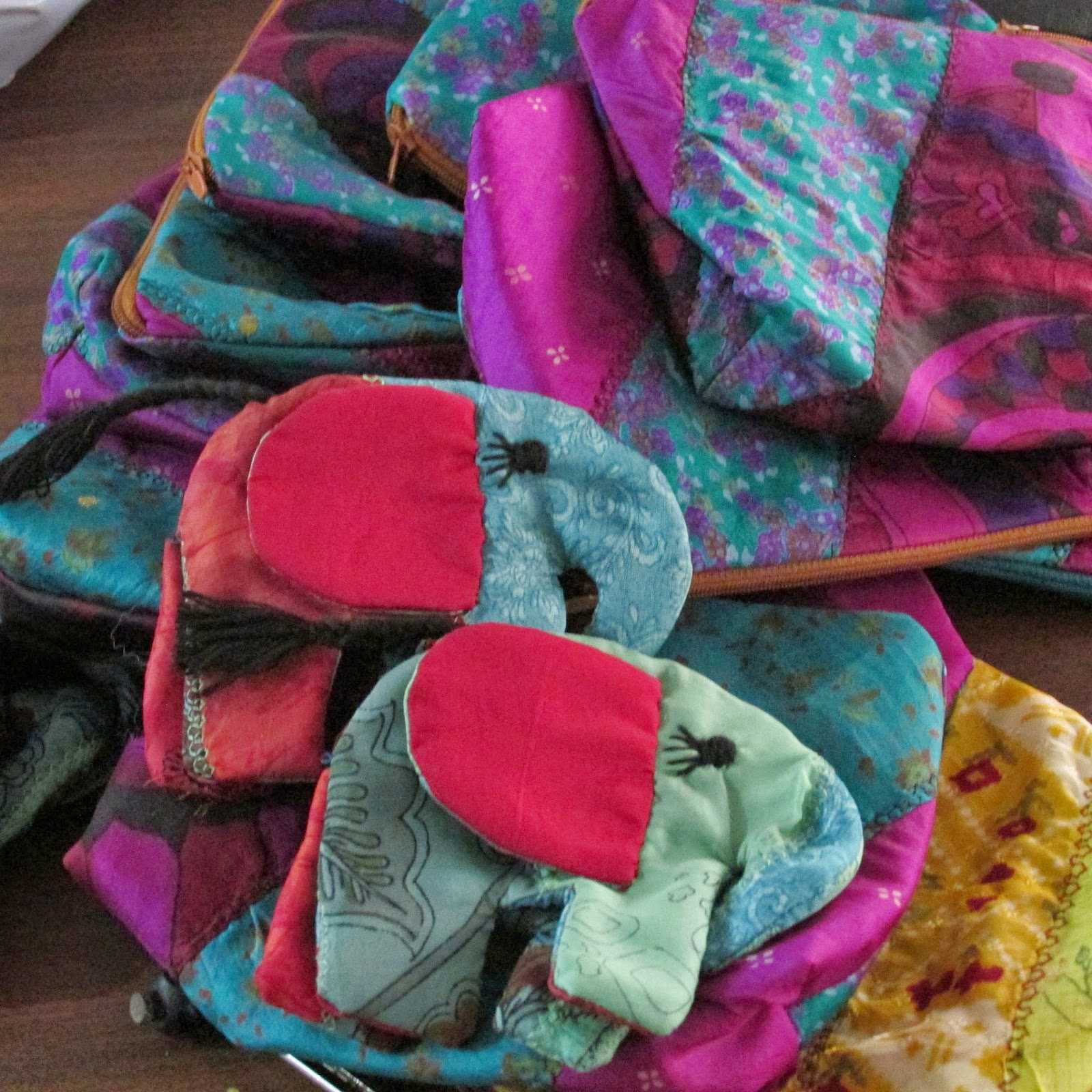 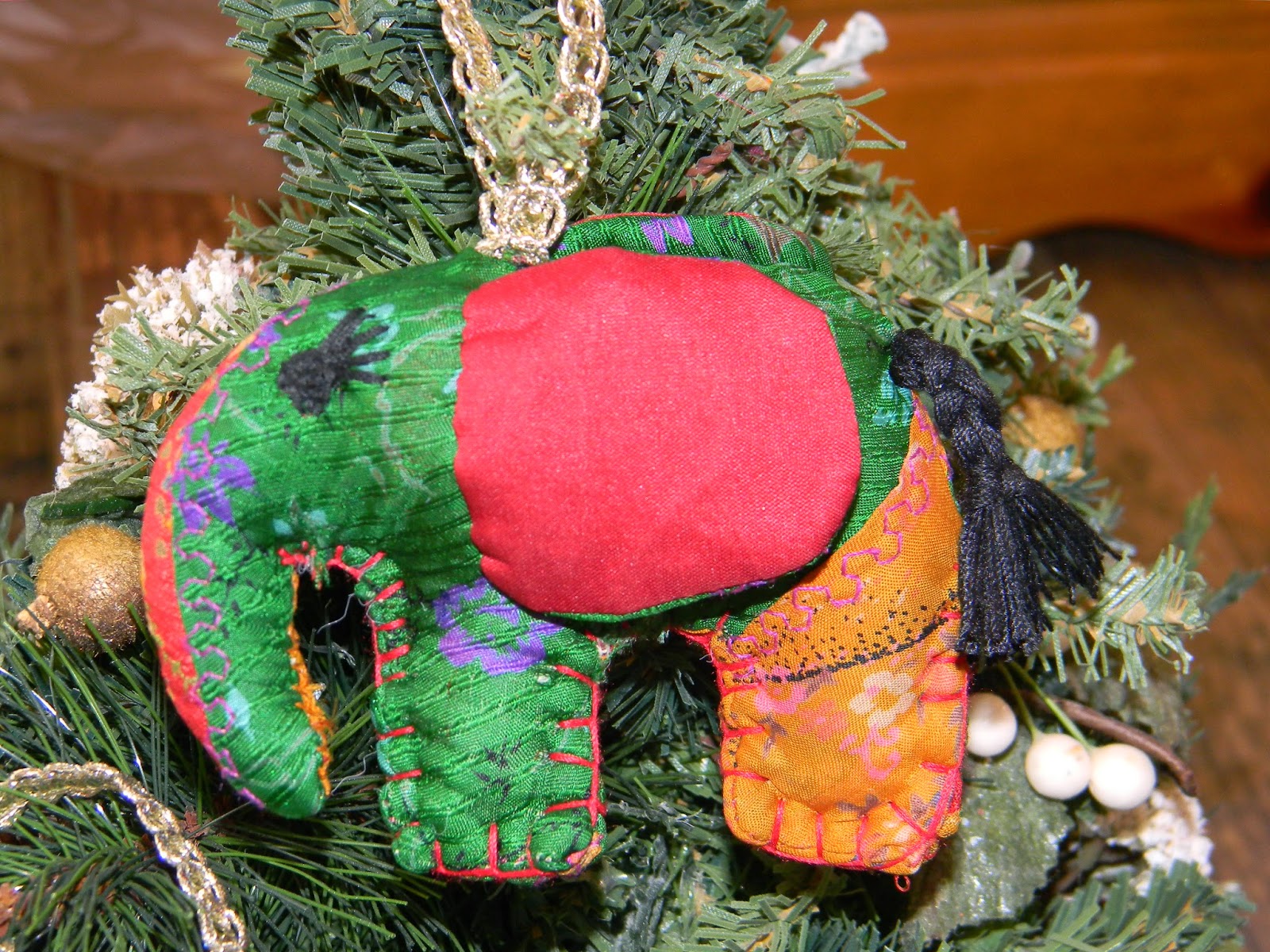 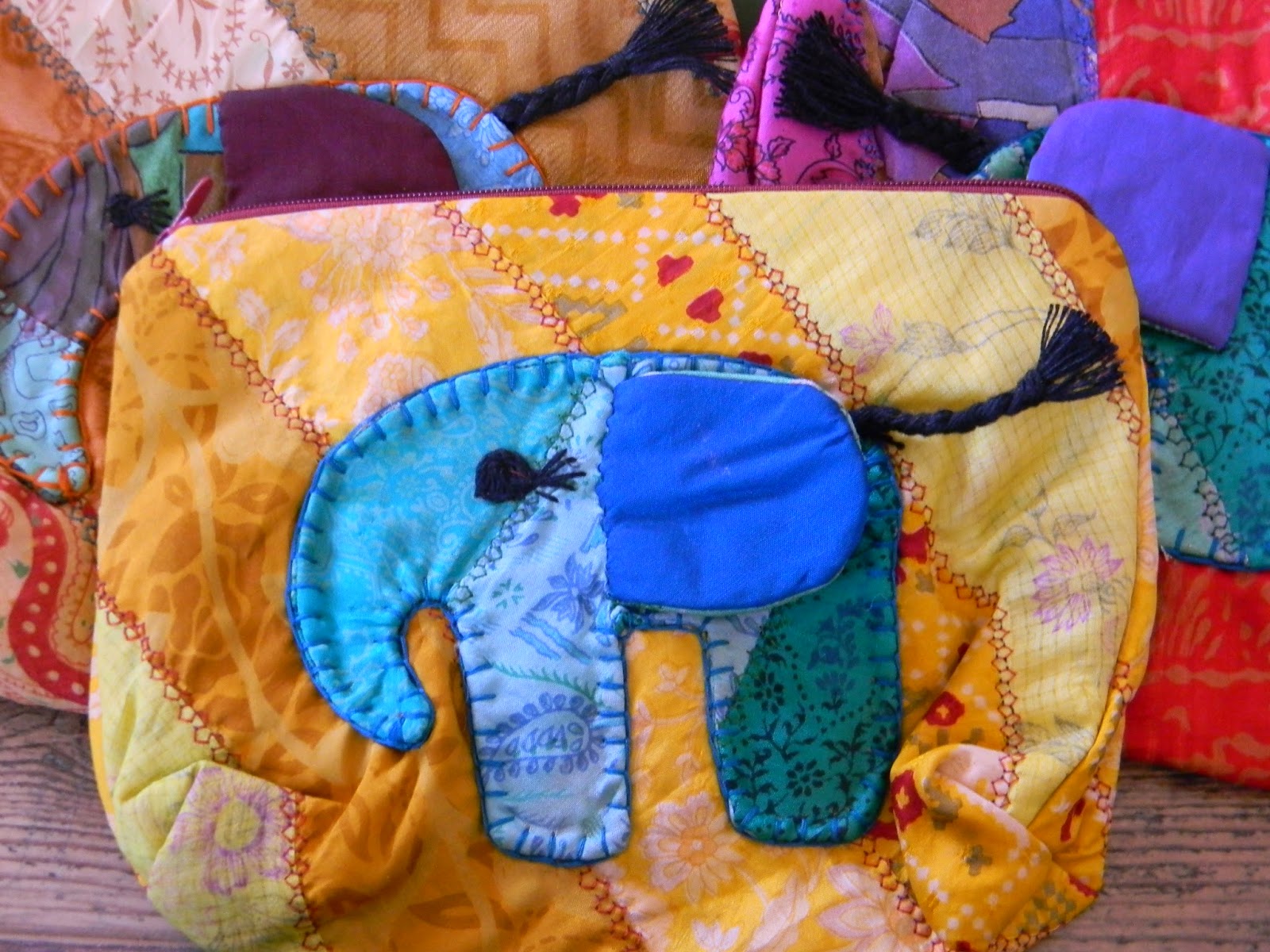 It was a joy to finally meet Ruby, of whom I'd heard much about.
I was thrilled to find a new program from which to buy quality products.

I love that at Tabby's, these widowed ladies are receiving medical treatment, spiritual discipleship, and training in a trade which gives them an opportunity to care for their children.
Posted by Unknown at 9:13 AM