The land of India has two faces.  For the officials, wealthy, and business men, your road will be smooth, the land will be green, there will be order, and cleanliness.  For all others, the road will be unpaved, trash will be found instead of grass, chaos will rage around you, and the stench of filth and pollution will fill your nostrils.

It can be said that India is developing when seen through the eyes of the wealthy.  Growth can be seen.  It appears that progress is being made.  New construction.  Movement in the right direction.  An impression must be made.  The Brahmin show the face of wealth and prosperity.  They live in wealth and prosperity and can bring the change they desire.

More so, it should be said that India is in bondage to poverty.  The poor will always be poor.  The Dalits will forever be at the bottom of the barrel.  New construction represents an meager income for those enslaved to their debt.  There is no attempt at making a good impression.  Filth and rubbish chokes out any living plant life. The face of poverty is harsh and unforgiving.

The face of prosperity brings savory foods to the dining table.  Elaborate homes.  Exquisite jewelry and dress.  Arrogance and pride keep their noses in the air.  Their very presence demands respect.  The gods have blessed them.  By keeping the faith and their religious practices alive, they keep their position.  The priests are well fed and abound in extreme wealth.

A pile of garbage is where the destitute find a scrap of food.  Their homes are tarps and concrete beds.  Their heads are hung in humiliation.  Their presence causes those who see them to screech in horror.  The gods will never bless them.  They may only worship from the road outside of the temple. Their filth is unacceptable Ina place of worship.  Yet the priests demand their tithes. Much is required of those who have nothing.

The heart of their Creator breaks for them.  Their blindness makes it impossible for them to see Him.  The land cries out under the agony of the suffering and oppression.  The demons demand worship, filling the land with overwhelming darkness.  Demonic oppression keeps them from encountering the presence of angels.  The demons laugh.  For now, they are the rulers of this present evil age.

Yet, they have been defeated.  Their fate has been sealed.  They know their destruction is drawing near.  He waits.  He wants none to perish.  He beckons at the hearts of those He would call His children.  When He comes, His light will be unleashed and darkness will be no more.  All will be made new, and the demons that have destroyed so many for so long will be destroyed.
Posted by Unknown at 5:50 PM No comments:

Complete and utter chaos fills the land of India.  Peace is something this land never knows.  Noise which never stops makes it a place of constant unrest.  People talking.  Tractors, cars, and motorcycles, follow not a single road rule.  People drive where they want, turning, they cut off ten cars without giving it a thought.  For those in their way, they honk and honk and honk until they get around.

The heat is oppressive and women are dressed head to toe in saris.  Polyester fabric, which is wrapped around them four times, promises to bring misery.  Men uncomfortably dress in pants and short sleeved dress shirts.  Air conditioning is a luxury that can only be enjoyed when the power is operating.  Relief only comes long after the setting of the sun and into the early morning hours.

There are no words to describe the filth.  Piles of trash absolutely everywhere.   The entire ground is a gigantic toilet.  Men can be seen peeing at any time, in any place. Cows and pigs roam the streets, lining them with their dung.  Construction on roads and new buildings, along with the deconstruction of old buildings leaves waste unthinkable.  Should the government decide to build a road, they have the liberty to draw the line where they choose.  The outcome?  Buildings with the face cut clean off, exposing iron rod and the interior of what used to be a room.

Poverty.  Extreme poverty.  Dalits.  Homeless.  Unemployed.  Beggars.  Every intersection holds a beggar.  They approach cars, knocking on windows with arm extended, hand cupped, hoping for any amount of money.  Pimps scout them out, offering them a place to lay their head and a bit of food in exchange for every rupee they collect and their very soul.  Children sent out by their family to do the same.  Maimed men without feet or hands, crippled women, the blind and elderly, who cannot walk, lie or sit on mats at the side of the road.

Bonded slaves turn blue tarps into what they will call home.  Bad luck forced them to take a loan.  Their caste and eternal unemployment make it impossible for them to ever repay their loan.  The lender puts them to work at a new construction site.  A small salary makes it so that they cannot be called slaves.  After a small percentage goes to pay off the debt, there is barely enough left to buy food.  With no extra money to find a place to live, they make their home on the ground floor of the work site. Entire families move in, kids being put to work, without a hope for education.  When the parents die, the debt will belong to the children, forcing them into bonded slavery.

Religion.  Hinduism is the primary religion, followed by Islam.  The caste system is a direct result of Hinduism.  One might think the government has destroyed the country of India.  Quite the contrary.  Hinduism rules the land.  The caste system is corrupt in every way.  Although it is said to be illegal, it is most certainly in operation.  A faith which says the lowest caste, the Untouchables, the Dalits, are required to give to the temple, but are forbidden to worship within its walls.  The Brahmin caste oppresses the Dalit caste.  Brahmins control the government, the police force, and military.  A religion that oppresses, controls, and dominates anyone that is not a Brahmin, leaves a nation at the mercy of the system.  This system leaves no hope for those of the lower castes.  They will never get out from under the curse put on them by the system.

Worship of 3 million gods.  These gods are nothing more than demons of satan himself.  They worship demons.  Demons rule this land.  Demons hold souls in bondage, blinding the eyes of those who inflict oppression on others.  The spiritual oppression is intense.  Darkness covers this land.  Glimpses of light can be seen, but very little.  Jesus is the only hope for this nation.  Nothing short of a miracle and the Holy Spirit showing up in great power will break through the thick darkness.
Posted by Unknown at 5:48 AM No comments: 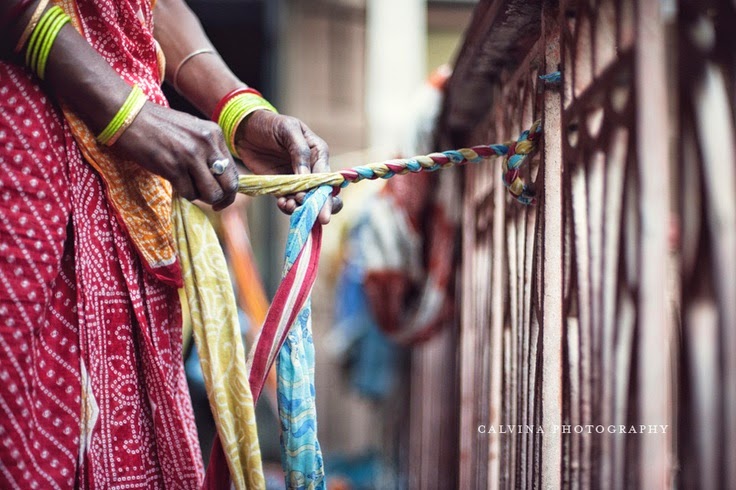 But I'm excited.
I am blessed with the opportunity to experience a new culture,
new foods, new people ...
and I get to meet women who are in desperate circumstances,
women who are shunned, even hated, by their society,
women who are abused by men who should be protecting them.

I get to be a small part of their lives and offer them a hand up.
I get to see what they can do ... and how I can help them accomplish their goals.
THIS breathes life into my soul!
Helping women.

We have a rough itinerary for our time there.
We leave Thursday @ 845pm.
We arrive in Hyderabad at 5am on Saturday.
(It's an 11 1/2 hour time difference)

Saturday - Sunday we will be at the OM (Operation Mobilization) HQ.
We will have time to adjust and someone on staff will give us a tour of Hyderabad.
They also have church services there - and it will be Easter!

Monday we will visit Lydia Project, which is on site.
For two years now, we have been buying product from the ladies at Lydia.
I'm so excited to meet them and see their workplace!
Monday afternoon, Solomon will pick us up.
He works for Melanie, and also has his own shop.
He will also introduce us to Ruby, an artisan who used to work for Lydia.
We will be staying with Melanie at her apartment at this point.

On Tuesday, we will visit My Choices centers.
Melanie (Fa-Bricks) is now the product designer and trainer for My Choices.
It's an organization that is primarily working with muslim women.

Friday, we will be in Hyderabad, possibly meeting and visiting other artisans.

Saturday will be a day of rest and shopping.

We fly out Sunday morning at 7am and arrive back in Denver at 7pm!

I'm thankful to have Shawnie going with me.
She is a gift and a fabulous traveling partner!
No doubt we will be exhausted, but enlivened. 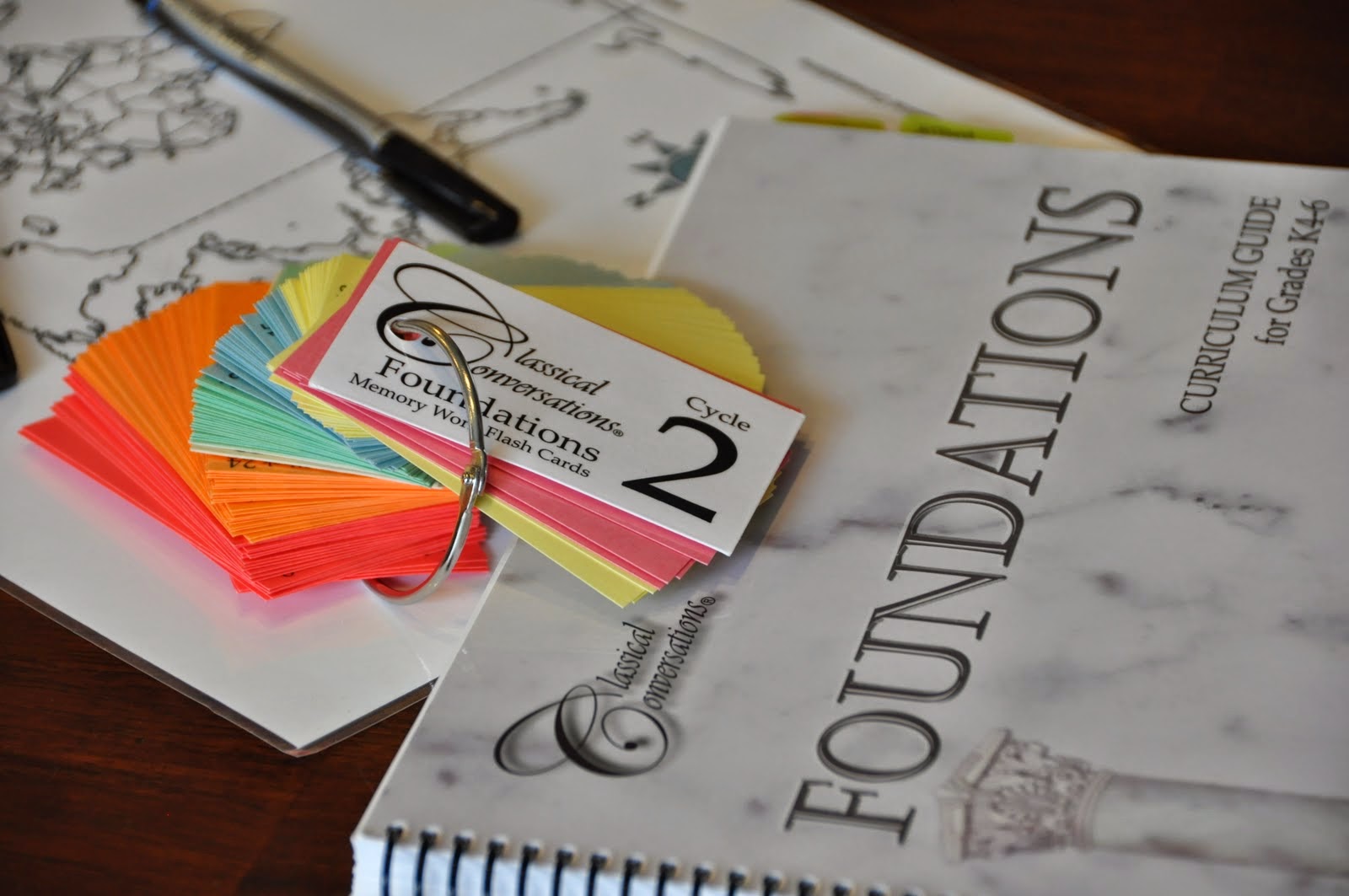 They both passed again this year!
This was Shiloh's 3rd year and she knew her material well!
This was Landon's 2nd year.  He knew it as well, but I think the testing stressed him out.

So, what did they have to know to test to be Memory Masters?

On top of all that, this last year, they were also exposed to
drawing techniques
music theory and tin whistle
6 great artists
introduction to orchestra and 3 classical composers
12 science experiments, 12 science projects, and 24 oral presentations!

The day after the 4th round is always bitter sweet.
Finally, we can rest and no longer have to work so hard to memorize the material.
BUT it also means that CC is almost over for the year!  =(

As if all that testing wasn't enough, now we are on to assessment testing.
Landon tests today and tomorrow from 10am - 3pm.
Then Shiloh tests on Monday and Tuesday from 10am - 3pm.

Thankfully, assessment testing doesn't cause me any stress.
It's all online and they email the results within 48 hours.
But it probably does cause some stress for the kiddos!

I will say, I am ready to be finished with our testing season!
And yet, when we're done, we still have about 8 more weeks of school!
Posted by Unknown at 7:29 AM 1 comment:

4 key volunteers + Mom, Shawnie, and Michell.
I couldn't have done it without them!
Mom took care of the decorations.
Jaynee and Marisa shopped for food.
Shawnie gave massages and helped with the MM table.
Michell helped set up and ran the registration table.

We had 4 vendors.
The speakers were fabulous!
Amanda Purvis was a highlight.
God really spoke through her in a profound way!
All 4 of them addressed expectations, without planning.

The theme of obedience and obstacles was perfect for the weekend.
The breakout speakers did a good job, from what I heard.
Megan worshiped with all of her heart and blessed us all.

New friendships were made and ladies talked late into the night.
Tears were shed and laughter abounded.

I went into the weekend thinking I might not want to do this again next year.
But at the end of it all, I haven't ruled it out.
If this retreat can give moms a place to connect and refresh, then it's worth the hard work!
Posted by Unknown at 9:26 PM 1 comment: